Spray seal is a surface formed by spraying a layer of liquid bitumen followed by covering with a layer of aggregate.

A spray seal pavement is usually a two-coat system. Liquid bitumen is sprayed onto a prepared road base via a computerised application. A larger aggregate is spread in a uniform layer and rolled with a pneumatic tyre roller. A second coat of bitumen is sprayed, followed by a layer of smaller aggregate (which fills the voids between the aggregate of the previous coat) and then rolled again.

To further strengthen the pavement a bituminous prime may also be applied to the base course prior to spray sealing.

The surface texture of a spray seal is coarse with an amount of excess (or loose) stone on the surface. This is either left to ‘bed in’ over time or mechanically swept depending on future pavement use. Bitumen spray seals are suitable for country areas, driveways, transport yards, etc.

For lighter use applications or rejuvenation of an older surface, a single coat reseal may be suitable.  Spray seals can also be completed using various coloured aggregates. 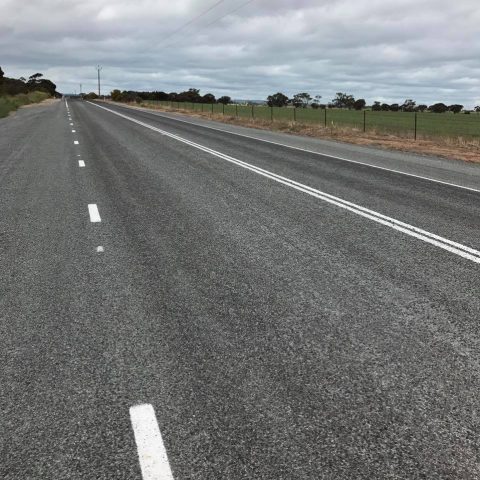 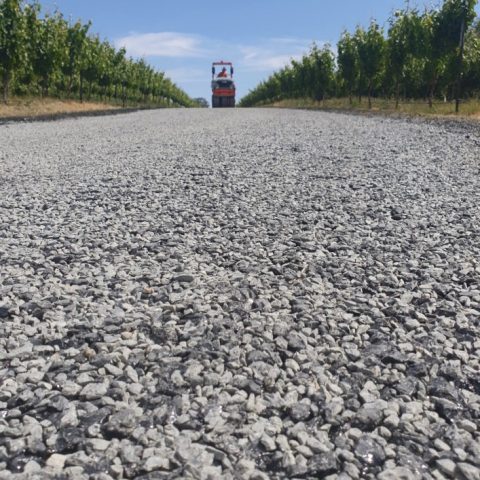 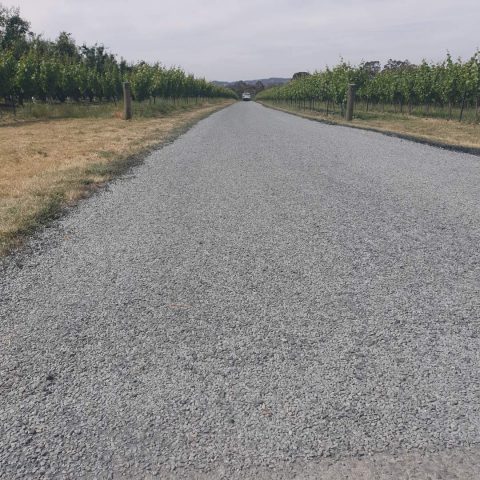 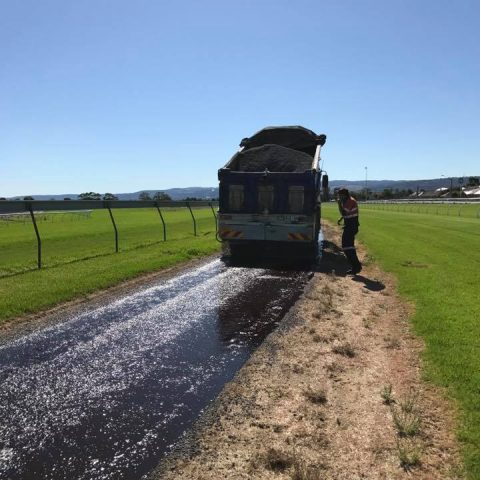 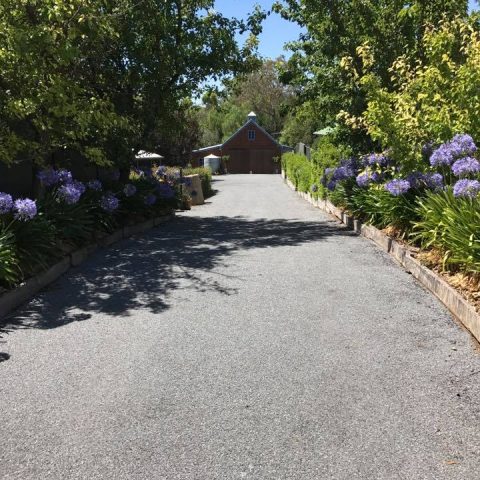